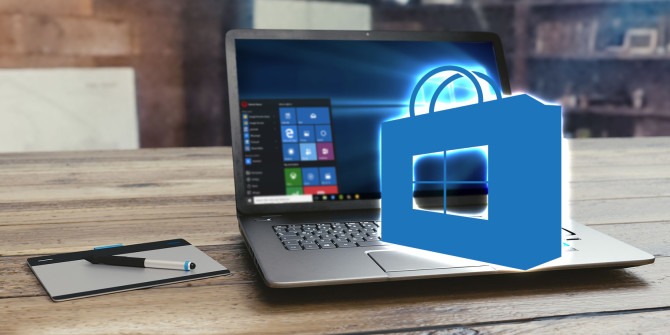 Historically, you downloaded Windows software through an EXE file from its official website or a third-party download site (called a desktop app). But starting in Windows 8 and today with Windows 10, you also have the option of downloading apps from the Microsoft Store (known as store apps).

Many apps are available as both traditional desktop apps and modern Store apps. Given the choice, which should you download? We’ll take a look and try to answer that question.

Why Does the Microsoft Store Exist? Microsoft included its new app marketplace, called the Windows Store, with Windows 8. At the time, these “Metro apps” were only available in full-screen and many people ignored them.

This marketplace was carried into Windows 10 and eventually renamed the Microsoft Store (not to be confused with brick-and-mortar Microsoft stores). In addition to apps, the Microsoft Store carries games, movies, TV shows, and Edge extensions. Now, the lines between app types are blurred, as Store apps run in a window just like traditional desktop programs.

For some time, Windows was the only major platform not to offer an official marketplace for apps. Android has Google Play, macOS and iOS have the App Store, and Linux has several storefront repositories. Longtime Windows users may wonder why Microsoft even bothered to release an app store like this.

From the company’s perspective, this was mainly for two reasons: uniformity across platforms, and security of the OS.

As you might remember, Microsoft pushed the new Universal Windows Platform (UWP) apps (called Metro apps during Windows 8) pretty hard. The idea was to offer apps that worked on desktop Windows as well as Windows Phone.

Nowadays, even after the collapse of Windows 10 Mobile, apps on the Store often run across Windows 10, Xbox One, HoloLens, and other platforms. In theory, these let developers create an app once that’s usable across multiple devices. Of course, having these apps on the Microsoft Store also provides an additional revenue stream for Microsoft.

Because desktop Windows programs are available all over the place, downloading them can lead to infection of your computer. If you don’t download from a trusted source, it’s often difficult to tell whether an app you find on a random website is a legitimate download or a dangerous fake. This leads to inexperienced users opening themselves up to malware just from downloading software.

Instead, the Microsoft Store gives Microsoft more control over what apps are available. The company does some level of vetting to weed out dangerous apps from the Store. For some time the Store had issues with fake and dead apps, but these are thankfully not as bad nowadays.

As we’ve seen, Store apps have the advantage of living in a trusted environment. However, they’re also more secure at their core than desktop apps.

When you download a desktop app, it often requires permission to run as an administrator to install. While this is a normal part of installing software, providing admin rights to a program gives it permission to do whatever it wants to your computer. If you grant admin privileges to a malicious app, it has free reign to install malware, trash your data, record your keystrokes, or otherwise do harm to your PC. Most apps don’t do this, of course, but this is how infections often spread.

In contrast, Store apps have limited permissions. They run in a sandbox, meaning they’re confined to a certain part of Windows. Since these apps don’t ever run as an administrator, they don’t have nearly as much potential to damage your system.

This is great even for apps like iTunes. By downloading the Store version of iTunes, you won’t get extra junk like Bonjour and Apple Software Update included along with it.

Like Android and iPhone apps, Microsoft Store apps also list out all the permissions they use. This lets you see exactly what functions they utilize in the background. In addition, you can block apps from using individual permissions in the Privacy section of Settings. By default, Store apps all receive automatic updates. This is much easier than the update prompts most desktop apps provide, as you don’t have to worry about visiting the site and downloading the newest version manually. Uninstalling a Store app is also much cleaner than a desktop app, as there are no Registry entries and other scattered data to remove.

A lot of popular apps, such as Discord, Steam, Calibre, Snagit, and many more are not available on the Store. This means gamers and users of power applications will have to stick to desktop apps in many cases.

However, you can also find Store versions for a lot of common desktop software. Slack, Spotify, iTunes, Messenger, WhatsApp, Telegram, and Evernote are just a few examples. Many of the apps on the Microsoft store are mobile-style offerings like Netflix and Candy Crush Saga that are simple games or apps to access one website or service. However, even some small desktop utilities are available in a Store variant. This is the case with PureText, a great little app to paste text without formatting.

Fan-favorite image editing app Paint.NET is also available for a few dollars on the Store. It’s the same as the free version, but the developer offers it as an optional donation with more convenient updates.

The same app can vary quite a bit between versions. In general, desktop apps offer more features and navigation icons, while Store apps use larger, more spaced-out buttons. This makes Store apps more convenient for touchscreen use.

As an example, look at the version of OneNote included with Microsoft Office compared to the OneNote Store app. Below is the desktop version:

You can see that like other Office apps, this has tabs along the Ribbon for all sorts of features. These include advanced tools like revision history, the ability to record video, and all sorts of tags, plus support for macros. The buttons are also close together, as you’d expect for something designed for a mouse.

In comparison, here’s what the Store version of OneNote looks like: You can see how simple the interface is here compared to the desktop version. It has fewer tabs and buttons with icons that are spread further apart. In addition, the Store version offers far fewer settings than its desktop counterpart.

As mentioned earlier, this feels more like an app you’d use on your phone than a desktop program. It’s perfectly suitable for quick use, but OneNote power users will find many features lacking.

Let’s quickly look at VLC, the popular media player, to see how its desktop and Store editions differ.

The desktop edition has a wealth of features you’ve come to expect from the program. Along the bottom bar, you can control the playback, including adjusting both audio and video effects. Desktop VLC supports subtitles, the ability to open media from sources like network streams, on-screen control customization, and a whole lot more. In comparison, the Store edition of VLC is much more streamlined. You can change options, but only a handful compared to everything in the desktop version. It still offers support for subtitles and playback from network sources but doesn’t let you customize the interface, play from a DVD or Blu-ray disc, or use a lot of VLC’s other hidden tricks. You’ll also notice that the buttons in this version are much larger, making them easier for touchscreen users. As I was testing it, the Store version also froze up several times when trying to start a video.

The Store version is serviceable, but power users will find a lot lacking.

Aside from desktop app replacements, the Store contains many apps for web services. These include Pandora, Amazon, Netflix, Instagram, and others.

In some cases, these “apps” are simply a wrapper on a website (such as Amazon). There’s little reason to use these when you can just bookmark the site in your favorite browser.

However, others offer unique features or better layouts. For example, while you can scroll through Instagram in a browser, you need to use the Instagram Store app to access your DMs. You may also prefer to keep a desktop app for video services like Netflix and Hulu installed for easy access, especially if you often use your laptop in tablet mode.

Whether you should use a Store app or web app depends on your needs. Some people like having dedicated app s for services that they have open all the time, like Pandora, to cut down on browser tabs. Give both a try and see which you prefer.

After looking at both kinds of apps, there’s no clear winner between them. Most people will probably use a combination of both.

Desktop apps offer superior functionality, but can have more confusing layouts. Conversely, while Store apps are fairly stripped-down experiences, they update automatically and come from a trusted source.

If the apps you use offer both options, give them a try and see which fits your needs better. 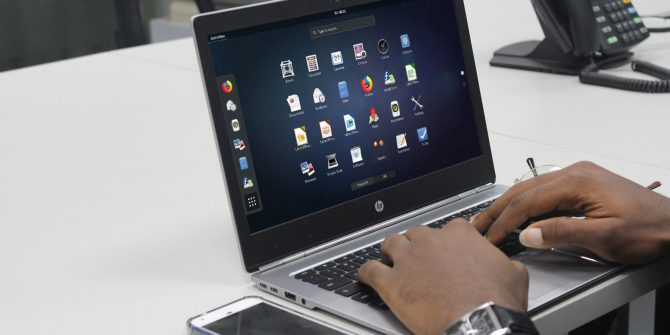